Showing posts from April, 2013
Show all

Pointing Fingers: Out of the Gender Non-Conforming Comfort Zone (an admission) 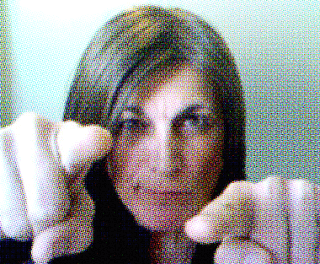 Who Made Me Gender-Role Police? The story is titled “About a Boy: Transgender surgery at age sixteen” by Margaret Talbot in the New Yorker Magazine (March 18, 2013). It talks about how many more females are coming out as transgender now than in the past. But as I reflected on the amazing progress trans people have made in recent years, it made me aware of my own subtle bias about gender-role conformity.

Indeed, my doctors tell me that compared to twenty years ago, when it seemed that twice as many males transitioned to females than females to males, today there is equilibrium in the numbers, with as many females as males identifying as transgender. Margaret Talbot says this:
In the past, females who wished to live as males rarely sought surgery, in part because they could “pass” easily enough in public; today, there is a desire for more thorough transformations. The subject of her story is a young transman named Skylar who underwent top surgery at the age of sixteen, a much younger …
1 comment
Read more

Here is a link to Matthew J. Roth's interview
with my friend Kathy Baldock.

If you want to know the etymology of the words "homosexaul" and "heterosexual" and how they ended up in the Bible, you need to read this great interview!

Equally worth reading are some of the comments. In particular, several by "Tim," which were made in response to "Mark." I've copied and pasted them below:


Comment Stream by Tim:
According to the ancient rabbis, as written in the Talmud, one of the problems in Sodom was heterosexual adultery which is quite different from homosexuality. The example the Rabbis give is Potiphar’s wife enticing Joseph to commit adultery with her in Genesis 39:9.In plainer words, according to ancient Jewish Rabbis, the men of Sodom were having sex with other men’s wives, not with other men. Take a moment to get your mind around that. This testimony from the Talmud is 2000 years old. It’s not somethi…
Post a Comment
Read more
More posts