Showing posts from August, 2013
Show all

“Do I know you? You look familiar.”

As featured in Medium.com

Ever wonder what it might be like to change into a different person? I’ve lived in Vancouver for the last forty years of my life, that’s about two-thirds of the total trips I’ve taken around the sun.

During those years I’ve met hundreds of persons, if not thousands. Some were my business clients; a couple were my bosses; dozens were my employees; about three hundred were my students at Capilano College; a crazy number were customers I had the pleasure of serving at my family’s restaurant in Kitsilano, Las Margaritas; another five hundred or so were fellow worshippers in the seven different churches we attended as a family; and several dozen were neighbors, the parents of our childrens’ friends, and the many other people I knew only by first name—the grocery store clerks, pharmacists, postal delivery persons, etc. I haven’t added all these people up and I don’t know how my list compares to yours—is it larger, smaller, average in size?

The Power of the Paradigm-Shifting Gospel 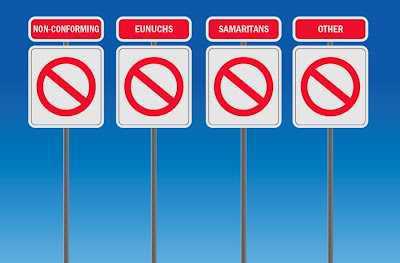 Which Gospel do you profess?

As Stephen, the author of the blog "Sacred Tension // A Story of Dissonance" powerfully expressed in his post today ("The Cost of Words"),
"Most Christians believe they speak eloquently and wisely on this topic (homosexuality), but as long as they fail to realize the cost of their words, they will be babbling uselessly to those who are practically dying to hear the gospel of love." As a transexual Christian woman, I can say that when it comes to reconciling our faith to our sexuality, all of us who are LGBTQI have experienced an internalized struggle and fierce debate that would make your dogma run for the hills.
Growing up in a time when the word “transgender” did not exist meant that I did not even have the ability to understand why I felt the way I did. As the fundamentalist Christian I grew up to be, there was only one explanation, I had a perverse bent that needed high spiritual maintenance.

I want to thank Justin Lee for this.

GCN Radio GCN's weekly podcast features music, issue discussion, and interviews with guests. Listen to any show by clicking below, or subscribe in iTunes or with our XML feed. New Season 2012-2013August 7, 2013
Transparently Transgender. Trans Christian Lisa Salazar, author of Transparently: Behind the Scenes of a Good Life, discusses her struggles to accept herself as transgender and the Bible passages that gave her hope. [listen to this show] (right-click to download)

To My Blog's Russian Readers 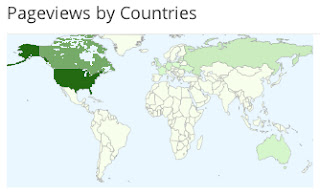 I am moved to tears by the fact that my blog's third largest group of readers are in Russia.


As I ponder the impossible situation you face with respect to the criminalization of LGBT persons, where you are not even allowed to gather for mutual support, it fills me with rage.

It is true that many people were outraged when Russian officials announced that all forms of public display in support of gay rights, whether it be something as simple as wearing a rainbow lapel pin or even same sex public displays of affection, would be enough to incriminate you and get you arrested.

Mr. Putin's denial of basic human rights for LGBT people and your law maker's willingness to pass laws that target sexual minorities is a travesty.

What can I possibly do to make a difference, I ask myself. It isn't enough to sit comfortably in the safety of my home and simply shake my head in disgust. I have signed several petitions in these last few days that have gone to places like the Internation…
Post a Comment
Read more

August 07, 2013
I removed the blog post I wrote yesterday. Upon reflection, I confess that I was too harsh and judgmental towards the subject of a story that appeared in the New York Post about ABC News editor, Don Ennis, who only three months ago showed up at work as a woman claiming to be transgender. And now, according to the latest story, Don was reverting back to male, claiming that he in fact was not transgender.

I felt my criticism and skepticism were justified and the story just seemed too fantastic. But as others have pointed out, we don't know all the details, and more importantly, we don't know the person and what they are going through. I have often said that each person’s story is their own and have advocated for understanding because unless we have walked in someone's shoes, we cannot possibly claim to know what motivates them and what their life is all about.

This is my apology for having jumped to conclusions.