Showing posts from July, 2013
Show all

Tucked inside my Bible, I found this letter: 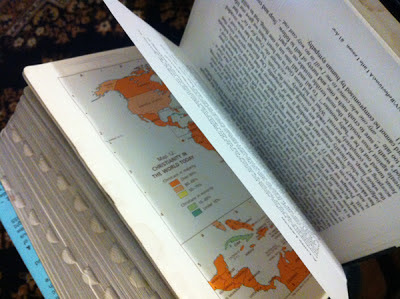 A little over a year after my gender alignment surgery, I received a letter from a friend, a retired mechanic with whom I had been part of a men’s Bible Study for close to twenty years. After reading it, I stuck it inside my Bible and forgot all about it—until a couple of days ago. I discovered it while unpacking after my recent move.


Note: My friend didn't used my name in the letter and used instead the initial for my former male name in brackets (J).I have not seen him since the day I told the group I would not be coming to the Bible Study any more. After I transitioned, they had told me I was still welcome, but you could cut the tension with a knife some mornings and I was tired of being the elephant in the room. His letter arrived a couple of weeks later.

I post the letter without comment, but I would love to know your thoughts on what my friend wrote.

A Little Leaven
Confronting a brother about his lifestyle in a self-righteous spirit is never called for, however …
Post a Comment
Read more
More posts