Do you have a husband?

May 24, 2013
As I waited for my sister and my mom to come out to the car so we could be on our way, my mom’s next door neighbor approached me to ask how we were doing.

My dad passed away a few weeks ago at the age of ninety-five and this neighbor was one of the last persons to see Dad alive before he was admitted to hospital. The neighbor's name is Dave, and on many other occasions we had made small talk as we came and went. As far as neighbors go, he is the best anyone could hope for, always willing to lend my parents a hand, the quintessential handyman and Mr. Fixit, friendly and easy-going; and talkative.

From the many years he has been my parent’s neighbor, he has been able to piece together a bit of my family’s history, that we were born in Colombia, how we ended up in Canada, that we owned a California-style Mexican restaurant, how many children my parents had and how that explained all the grandchildren and the number of cars that showed up for family events, filling all the available visitor parking spaces in their corner of the townhouse complex.

There we were, just the two of us talking. He suddenly got quiet and as delicately as possible asked me a question. I am sort of used to this happening and I don't take offense when I sense the person is genuine and respectful. I thought he was going to ask me if I was transgender, which is a question I have been asked from time to time, but not so much lately; thanks to the fact that no-one assumes that I am anything but a woman these days. 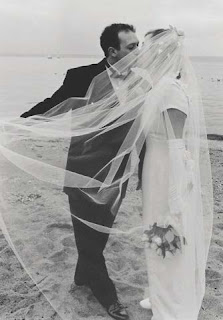 It wasn't always like that; in the early days of my transition, perhaps because my voice was lower or because I may have carried myself more like a man than a woman, I may have confused some people. Dave’s question, however, was not one I have ever been asked before, he simply asked: “Do you have a husband?”

As far as questions go, this has got to be one of the most innocuous and unthreatening things I have been asked as a transsexual; but it both delighted me and perplexed me. It delighted and flattered me by the fact that he saw me only as a woman. Yet, I was perplexed because I was faced with a decision, should I take the easy route, tell him I am divorced and leave it at that, or, should I explain why I don't have a husband by outing myself to him.

I hesitated and then proceeded to tell him I had been a husband and that I was the father of some of the young men he often saw coming to visit my parents. I explained how I was one of the three sons my parents had, but that I was now one of their three daughters. Dave’s expressions betrayed his thoughts and the look on his face went from total confusion to one of epiphany when he had his “A-ha” moment. “That explains it,” he said, “I’ve been doing the math and could not quite figure it out. I knew your parents had three sons and two daughters, but the numbers didn't add up. I assumed you were a cousin or a relative who visited from out of town.”

The interesting thing is that Dave was not the only one of my parent’s friends who have been equally confused. During the reception that followed my Dad’s memorial service, I found myself having to explain the math to some of my parent’s friends. (I met most of them when I was still living as one of the sons, but they did not know about my transition to female five years ago.)

My parents never felt the need to tell the whole world about me and only shared the news with a few of their closest friends on a need-to-know basis. In my conversations with their friends that day, I was asked which of the daughters I was or whether I was a niece or a cousin. To all these questions, including Dave’s I could have lied or not told the real truth and I'm sure nobody would have been the wiser. But that is not where I am at these days.

Transparency has become my motto, especially when being transparent helps to educate and enlighten people. With my parent’s friends, what I hoped would impact them the most was not that I am a transsexual, but how my parents evidently loved and supported me. For all they knew about my mom and dad,  and how much the admired and respected them, they now had another cause cèlébre to add to the list of admirable qualities.

Going back to my conversation with Dave, there was one more thing that he said that I could have taken in two ways. He exclaimed, “You’re the first one of them [transexual] I meet in person!” I took it as a compliment on behalf of all trans persons and felt honored to have been able to shed the light by helping someone else understand and to represent our marginalized community.

There is always a risk one takes when answering these type of questions; there is always the possibility that the answer one gives is more than the person can handle. In many ways, I had no choice but to answer honestly, I'm going to be moving in with my mom; I am going to be his neighbor and the last thing I want is to be walking on eggshells and skirting the issue every time I see him.

I sense from his response that I have nothing to worry about. I think I (we) have another new ally.