Personally, I look forward to falling into the hands of God.


In all the reading I've been doing in preparation for my Hebrew Bible class, I’ve come across several verses that have captured my imagination. The one above made me pause and the more I reflected on what it describes, I couldn't help but compare it to the admonition in the letter to the Hebrews were the perspective of falling into the hands of God is described as a frightful experience. (Heb. 10.31)

Because of my personal involvement a couple of years ago with respect to the "Kill the Gay" Bill that eventually was passed in Uganda, I have kept an eye on the key players—the American fundamentalists who are recognized as being fully responsible for instigating the kind of homophobia that resulted in the infamous legislation. 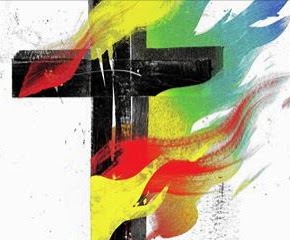 In an OpEd in the Los Angeles Times on March 23, 2014, Kapya Kaoma (an Anglican priest and the senior religion and sexuality researcher at Political Research Associates in Boston), said:


"The vitriol that has fueled U.S. culture wars for so long is now being exported, and some of our most ardent culture warriors are finding a far more receptive audience abroad.

In nations such as Uganda, Russia, Nigeria and Belize, an insidious homophobia engineered in America is taking root. I have seen this hate being spread with my own eyes."

What does this have to do with the verse in Sirach and Hebrews? A lot. It’s a matter of perspective, and perhaps it is also a matter of experience—experience of God. Our interpretive principle about the nature and character of God, I suppose, can fall anywhere along the spectrum between a deity that is consumed with rage or one that is consumed with compassion. If the idea of falling into the hand of this deity is frightful prospect, then you will be motivated to scream out the warning as loudly as possible, like the watchman in the tower who sees danger on the horizon. If, on the other hand, one’s concept of falling into the hands of a deity who is compassionate and merciful, then what should the response look like? If those whose God in angry are motivated to frighten people into compliance, what do those whose God in love do impact their world?

By looking at another event that took place last wee, the death of the homophobic Southern Baptist pastor from Kansas, Fred Phelps, it has been interesting to read the range of opinion his death has generated. From those who despised the man and all he stood for and are glad that he is gone, to those who also despised everything about him but are willing to recognize that his hatred and anger brought a different God into focus, a God who is love. It’s that logic that helps us understand something by first understanding what it is not.

In a somewhat related way, I stumbled upon a newsfeed on Facebook, it pointed out that 34 years ago today, Archbishop Oscar Romero of Sans Salvador was assassinated as he lifted the chalice celebrating the the Eucharist. Why? Because he had spoken out against poverty and social injustice. He once said that “There are many things that can only be seen by the eyes that cried.” Perspective, there it is again...and experience.

It occurs to me that we have a tendency to equate evil with really bad people, that they are in bed with the devil. But as I have listened and read the words of the American fundamentalists that Kaoma accuses in her OpEd, one is struck with their passion and zeal for God. Unfortunately, on that spectrum I described above, they seem to fall on the side of an angry God who is looking forward to the fiery death of all those who do evil.

And there lies the tension. When we act according to our perception of God, it can sometimes result in evil and unfortunate consequences. If our perception of God is rooted on our experience of God, is it possible that maybe we have entirely different Gods? Despite the fact that we may all claim the there is only one God over all, it seems that we all describe God very differently, based on the part of the elephant we get to feel. Hence, our reality is the only reality we may claim to know for certain, but that is where faith has the opportunity to broaden our perspective(s). Can we trust what another’s person’s experience of God might reveal to us that may not be part of our reality? I hear myself say what sounds too simplistic...does it first meet the test of LOVE?