Popular professor at Regent College weighs in on the transgender debate by sharing a link to an Oped first published in WSJ.

June 18, 2014
I won't malign this said professor, but I did take issue with the OpEd and his comments on Facebook. 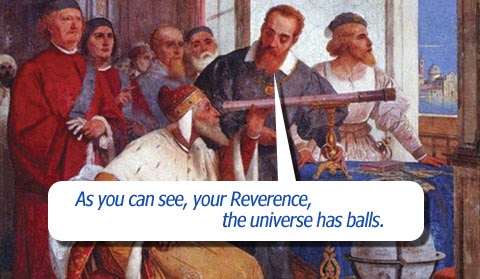 All the discussion had to do with the recent debate at the Vancouver School Board regarding their policy on how transgender and gender-variant students are to be treated. This turned into a bit of a circus when parents self-identifying as conservative Asian evangelical Christians lobbied against it.

I just added this comment. That's all I'm going to say, I think I've said enough.

One perspective missing in all of this banter is that we are talking about only two to three transgender persons per two hundred (1-1.5%). Additionally, at most, only one in three experience gender dysphoria that is severe enough to warrant social and eventually medical transition. In other words, all the pedagogical anxiety expressed is for the most part unfounded. Not every teacher, not every class, and perhaps not every school runs the risk of being blessed by a gender non-conforming student.

If the numbers are so “insignificant,” some would argue, then why force this issue on the 98.5-99% of the students who don’t struggle with their gender identity? The reason is this: in a study of close to seven thousand transgender persons published in 2011 by the National Centre for Transgender Equality, 41% responded they had attempted suicide at least once. That number is twenty-five times higher than the percentage in the general population. Why such high numbers? The simple answer is that they are made to feel unwanted and rejected by the 98.5-99% of the population (now commonly referred to as those who are cisgender).


The fact that younger and younger gender-variant persons are emerging does not mean there are more and more transgender persons. All it means is that transgender persons, thanks to the availability of information and services, are able to access help much sooner than ever before. This is germane to the conversation; these ever younger emerging persons have every right to not have to postpone their transition until after they are out of the school system. By this time, their bodies will have matured with the ‘wrong’ secondary sexual characteristics. And it follows that many trans people face the difficulty of changing their bodies to conform to their gender identity. Transitioning from one gender to another can take many forms, but often requires hormone therapy and sometimes surgery on the face, breasts and/or genitals. The financial cost, which can range from $75k to $150k is one that creates an impossible barrier for many.

All this to say that by accommodating and supporting trans youth during their emergence and social and medical transition is the most compassionate thing that can be done for them. It will not only avoid traumatic, painful and expensive procedures later in life, their bodies will develop and mature with the desired secondary sexual characteristics. How can this not be considered a modern day wonderful gift of science?

I wonder if this understanding, or lack thereof, regarding gender identity and transgenderism is not our modern day equivalent of Jesus’ comments about eunuchs in Matthew 19. Especially significant is the caveat he uttered, that not every one who hears his words will be able to understand them. The fact is he repeated this caveat in a slightly different way at the end of his comments; as if to say, try to wrap you brain around this.

What most people fail to realize is that given the trend for trans persons to transition sooner, rather than later, it won’t be long before transgender persons will fade into the woodwork and not be seen. Not because they have disappeared, but because, as stated above, their appearance will not give them away to society’s obsessed gender watchdogs who freak out when people don’t conform to their ideas of what is acceptable masculine and feminine behavior and presentation. Yet, there will still be those who for whatever reason will choose to, or are unable to transition from one gender pole to the other and will be quite comfortable living with a degree of ambiguity. While this may drive many people crazy, it points to the need for society to chill out and learn from these courageous and brave souls that life has more to do with what is on the inside than what is on the outside. I could hit you with a barrage of Bible quotes about this, but I will respect that you are smart enough to know this already.

The reality is this, transgender persons exist in every culture, age group, etc., etc., etc. The reality, too, is that living today are many trans persons who live stealth and are successful, contributing members of society. If you are reading this comment thread, then there is a high chance you are serious about your theological education, perhaps you are a student at Regent? Think about this, it is quite possible that one day a person or family may come to your church or congregation (or school) who transitioned in their youth. There are many trans persons in their twenties today who transitioned early and have enjoyed the benefits of having a body that only went through the ‘correct’ puberty and you would never be able to point them out in a crowd. It is within the realm of probability that you may already have a transgender person in your midst and you don’t even know it. If the church cannot open itself to this probability and refuse to welcome and affirm transgender persons as equal and full participants, you will be going against the very Gospel you preach. You might as well adopt the Southern Baptist Convention’s recent resolution on transgenderism.

Consider this possible scenario: a family with teenage children comes to your church and one of them is transgender, but how will you know unless they volunteer this information? Maybe, just maybe, they will decide to keep it to themselves so that this truth will not prevent that person from full participation. Maybe the person is the dad, or it could be the mom, both gifted and talented with an expressed desire to get involved in leadership. The same could be true if it is one of the children.

Now consider this same family coming to you and volunteering that one of them is trans. What will be your response to their desire to be full participants? Will you now impose some ‘biblical’ restrictions and prevent this person from taking part in the life of your church without any objection? Wouldn’t this mean that you have a double standard? That as long as you are in the dark, you will be welcoming, but if you are in the light you will have issues? Doesn’t this seem wrong to you?

I am open about the fact that I am a transgender woman. But I am not about to place myself in a situation where I will be made to feel “less-than” or to be the elephant in the room. I know that the majority of churches in this great city of Vancouver would impose restrictions on what I would be able to do, should I express an interest to join them. For example, I may be banned from attending a women’s retreat, or told that I can only use the handicap washroom. That is, if I make it known that I am transgender. I am fortunate that I ‘pass‘ society’s test for femininity and have never been confronted, but that would all change if I walked around with a sign on my forehead that read “transexual.”

The genie is out of the bottle, how will you respond? With compassion and understanding, or with judgement? Let me leave you with two names: Copernicus and Galileo.

Here is the link to the original OpEd in the Wall Street Journal that was hailed as worthy of note by the prof. Unfortunately, you need to be a subscriber to access the article. Link to WSJ

Here is the link to a blog that copied the OpEd form the WSJ, this was the link provided by the prof. Link to Copy