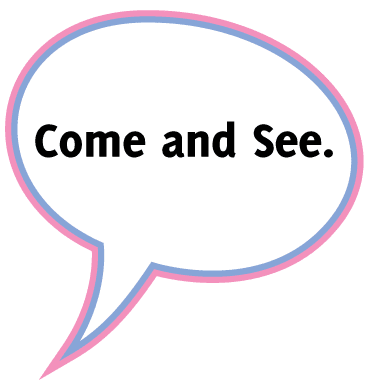 Such a simple invitation, but when acted on, it has the power to change.

One might think it's getting better. After all, how many millions saw Laverne Cox, the transgender actor of the popular "Orange is the New Black" Netflix series on the cover of Time Magazine? And what about all the buzz regarding the Amazon TV series "Transparent"? I'm talking about transgender inclusion. But I have my doubts that even such high-profile public relation coups have made that much impact on most of the population.

I hate to sound so pessimistic, but when school boards, city councils and other elected members continue to debate whether or not to give gender non-conforming persons some basic level of human rights protection, what else can I think?

Even in Canada, with its fair share of progressive people, there is little to no discussion about the Canadian Senate's stonewalling of a proposed bill to amend the Canadian Human Rights Act and the Criminal Code. The bill would add language offering protection on the basis of gender identity (Bill C-279). It's the same kind of protection the law already offers on the basis of sexual orientation. In other words, if you are gay or lesbian, you're covered.

As long as there's and attitude of apathy and there's silence on the issue, no wonder the decision-makers simply sit on their asses and do nothing.

The only voices that seem to get attention are those of uninformed politicians and pundits who weigh in with the tired (and completely false) myth that if transgender rights are enshrined, men pretending to be women will be peeing and showering next to your thirteen year-old daughters and your wives. They've dub these laws "the bathroom bills" (see here and here and here). They fail to take into account the stories of the violence experienced by transgender and gender-variant persons when using public restrooms.

When the very serious conversation of human rights for transgender persons gets reduced to which restroom a person can use, how do you get people's minds out of the toilet?

I'm convinced that the only way minds are going to be changed is if minds are first opened. And it's going to have to be done exactly the same way that Jesus began his relationship with two of John the Baptist's disciples. The two walked up to Jesus and asked, "Rabi, where are you staying?" and Jesus responded, "Come and see." Then we are told that they went with Jesus and remained with him that day. (John 1:39)

Please consider the lesson from this simple account: Jesus could have simply given them an answer that satisfied the question. Instead, Jesus does not give them an answer; rather, he welcomes them into a relationship of discovery. Instead of giving them data, Jesus allowed them to see and experience the answer to their question—and they could not leave—they remained.

Then, the Gospel writer tells what happened the next day when Philip, the latest to be invited by Jesus to follow him, goes to tell Nathanael. Nathanael, a devout Jew, responded to Philip's declaration "We have found him about whom Moses in the law and also the prophets wrote…" with sarcasm. Instead of debating him and trying to convince him, Philip, too, said "Come and see." (John 1:45-46)

Once again, the experience of seeing and experiencing for yourself is preferred instead of data and debating points. Come and See. So simple, yet so life changing.

That is what I am proposing and suggesting is the only way this impasse is ever going to be overcome. There is plenty of data I could dump on anyone who only wants to engage the brain. But is you want to engage the heart, you'll need to use your eyes and ears a little differently. Come, see, listen and remain with us…stand with us. Listen to our stories, see where we are being forced to stay.