The Nashville Statement; what else is new? 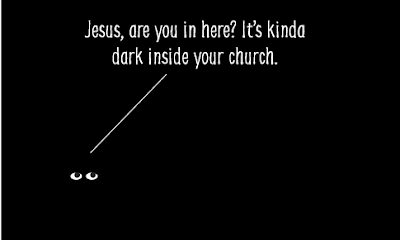 Nine years ago I began my social and medical transition after decades of struggle to reconcile my Evangelical faith to who I was discovering myself to be. You need to understand that I was almost 40 years old by the time I first came across the term "transgender," in about 1988.

It was in the early 70's, during the Jesus People movement that I "came to faith." Secretly, though, my hope and motive for embracing the Christian faith was my sincere belief that this confusion I lived with would one day disappear. I just needed to be faithful and, you know, do all the things we are taught to do; like pray without ceasing, memorize scripture to retrain my mind, die to myself daily, put to death the works of the flesh, renounce Satan, and the list goes on.

From the academic research I have done as part of my MA in public and pastoral leadership, two central truths emerged for me. 1) Transition is a spiritual experience that transforms a person — much like a near-death experience, 2) One’s spirituality is transformed as dogma falls to the wayside. Basically, spirituality becomes more intimate and more personal and it is no longer dependent on the clergy, ritual, or institution. While some of the participants in my research still valued “church” and its place in their lives, only 17% listed it as important to them. The research included not just those who claimed to be religious or Christian; actually it included participants who identified as atheist and agnostics, who, by the way, were also very spiritual—they simply did not embrace the concept of the divine or deity.

Someone has said that all research is “mesearch.” I think there is a grain of truth in this. I did the research to help me understand how to offer spiritual support to the trans community, but also to help me reconcile something I was becoming aware about in myself; I was no longer hungry for church and was feeling guilty for my arm’s length posture towards making any commitments to denominational membership. I had become a non-church goer with a huge reluctance to identify as a Christian, never mind as an “Evangelical.” I had a crisis of conscience as a result of the study and I felt hypocritical for having been courting an official relationship with the United Church of Canada—an amazingly affirming and progressive denomination—simply because it could lead to a paycheck some day.

For me and for many trans folks, we don’t need church (as it has been practiced in North America) to nurture ourselves spiritually, in fact, church is a soul sapping experience for many of us, especially for those in our community who are judged by outward appearances, whether one looks feminine or masculine enough. This may seem like a superficial explanation, and indeed it is: the church’s stance is superficial when taken as a whole.

Does this mean that churches and Christians who want to grown in understanding and become affirming are wasting their time? If their reason is to get trans folks to church, the the answer is yes, they are wasting their time. Should they even bother? YES! absolutely, but not because of how they will treat and engage trans people inside their church’s four walls, but for how they will treat us out in the real world. If they own a business, will they hire a trans person? If they own rental property, will they rent to a trans person? If their child’s classmate is trans, will they be invited to play with their child at their house? If their school board is considering trans-related policies, will they show up to give support for the trans students?

Here’s the deal, trans people have shaken the dust from their sandals and are standing a safe distance away; we will remain skeptical, suspicious and cautious until we see evidence that Christ is in the church. The Nashville Statement simply confirms Jesus has left the building.